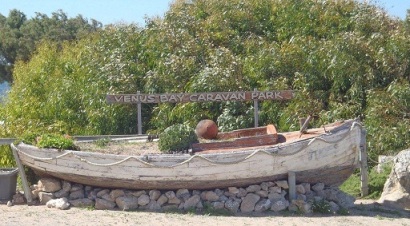 It’s all in the name

Our township was originally named “Parkin” in the 1860’s after William Parkin, a businessman, politician and Philanthropist.

The town name was then changed to Venus Bay in July 1940.

It is believed that Venus Bay was named after Robert Venn’s schooner “Venus” which traded along the Eyre Peninsula in the 1850’s carrying passengers, wool and wheat.

Venus Bay was originally used by whaling vessels and a tiny settlement consisting of a shop, hotel and police station operated from the 1850’s. Bones and other relics from this whaling activity have been found on Germein Island.

How the town developed over the years

A history of fishing in Venus Bay

The Venus Bay economy relies heavily on commercial fishing, where a range of fish, lobster and abalone are caught and transported for sale.

It is said that when fishing first became a way of earning a living at Venus Bay the men used wooden boats with oars or sails. They lived in tents and brought their fish in weekly to be sent to market. When netting became legal in the late 1940’s a greater variety of fish were marketed, including Salmon and Tommy Ruff, these were filleted and packed for markets in Adelaide and Melbourne.

During the late 1940’s Venus Bay became the home port for several boats engaged in shark fishing, these hauls were mostly trucked to Port Lincoln. Decreasing numbers caused this activity to cease after several years.

Kon Paul an immigrant from Greece opened a fish works in 1964 after being convinced by locals that Port Kenny and Venus Bay would be the perfect place for a fish factory.

Soon after, Kon secured a licence to trawl for prawns and the family now own 3 boats the “Limnos” “Bosanquet Bay” and “Shenandoah” operated by Kon’s sons Yianni, Terry and Nick, and grandson Steve.